Watershed Moment for Privatisation in Westminster.... and Maidstone! 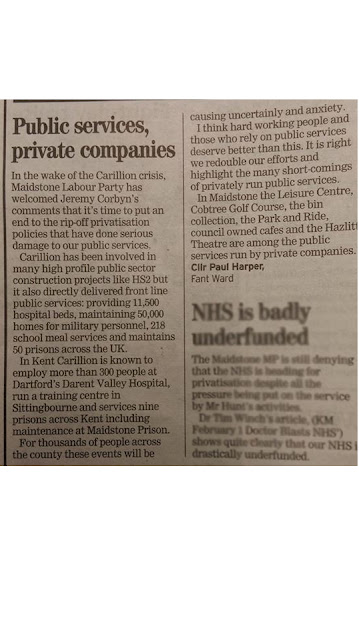 I am really pleased to see the Leader of Maidstone Labour, Paul Harper, write about privatisation in a letter in the KM this week.

The collapse of Carillion highlights some of the many issues that arise when involving private businesses in public services.

It is great that Maidstone Labour are embracing Jeremy Corbyn's politics of ending rip-off privatisation.